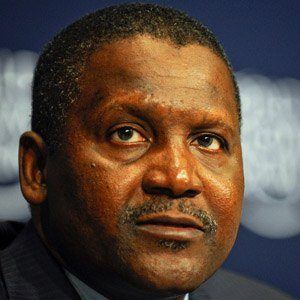 He studied business at Al-Azhar University in Egypt and then borrowed money from his uncle to start his first business. The Dangote group began in 1977 as a small trading company but grew into a multinational conglomerate.

His company dominated the sugar and refinery industry and later diversified by spreading into telecommunication. In 2009, he was the largest purveyor of jobs in the construction industry.

He was married four times and had fifteen children.

He was appointed Grand Commander of the Order of the Niger by Nigerian president Goodluck Jonathan in 2011.

Aliko Dangote Is A Member Of