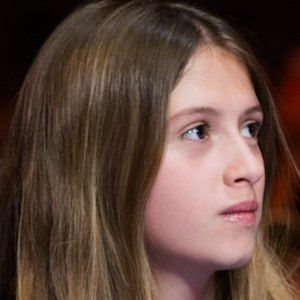 Singer and voice actress well known for her portrayal of the eponymous Masha in the animated series Masha and the Bear.

She was just six years old when she began voicing Masha.

She is the daughter of actress Irina Kukushkin and Boris Kutnevich. Her father voiced the eponymous bear in Masha and the Bear.

She portrayed Agnes in the Russian-dubbed Despicable Me films while Elsie Fisher provided the original voice for the character.

Alina Kukushkina Is A Member Of