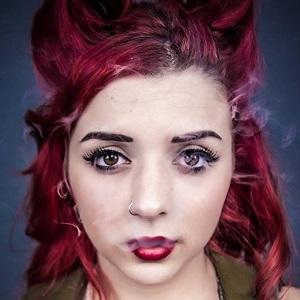 Vaper who works at multiple vape shops in San Diego and gained fame on Vine for videos of herself doing smoke tricks.

She started vaping in order to quit smoking, which led to her making videos.

She is a ballroom dancer and became a scare actor at The Haunted Hotel in San Diego.

She was born and raised in Russia and moved to California when she was 8 years old. In January 2016, she became engaged. Later that year, she welcomed a daughter named Valerie Faith.

She and Sam Nickel are internet personalities who were born in Moscow.

Alina Light Is A Member Of