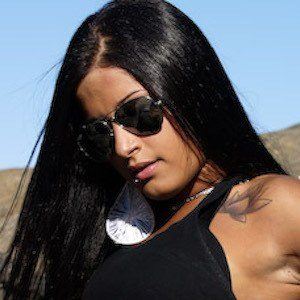 Dancer and model widely known as a member of the Ballet Do Faustão, she has graced the cover of Playboy and been the face of the hair product like Haskell and Rock Glam da Chocolate Doce. She has also grown immensely popular on Instagram, earning upwards of 5,000 dedicated followers.

She began taking classical ballet at the age of three and by ten had auditioned and been accepted to the Maria Olenewa School of Dance.

She appeared as a professional dance partner to Luís Carlos Miele and Adriano Garib on the popular Brazilian reality series Dança dos Famosos.

Her husband is a businessman and MMA fighter. The pair eventually had a son named Nathan.

Aline Riscado Is A Member Of