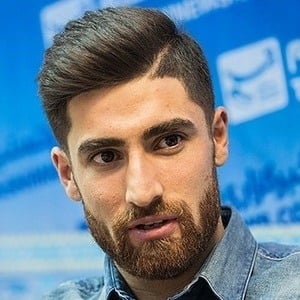 Winger who joined NEC in 2013 after spending two years with Damash Gilan. He went on to play for AZ from 2015 until 2018 when he joined Brighton & Hove Albion. He became a member of the Iranian national team in 2013.

He began his youth career with Payam Alborz Qazvin in 2005. He debuted professionally for Damash Tehran in 2010.

He was born in Jirandeh, Iran to parents Tareh and Rahim.

He and Ali Daei both represented Iran in international competition.

Alireza Jahanbakhsh Is A Member Of