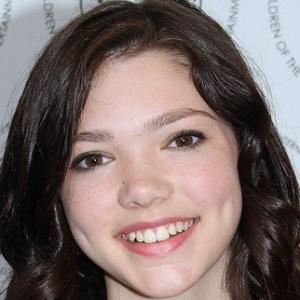 Canadian actress who played Georgie on the CBC television series Heartland. She also appears as young Annabeth in the 2013 film Percy Jackson: Sea of Monsters.

She appeared in her first Canadian commercial when she was just four years old.

She had a guest spot in a 2010 episode of Supernatural.

She was born in Vancouver, British Columbia and grew up with a sister named McKenzie.

She worked with television director Grant Harvey on Heartland.

Alisha Newton Is A Member Of