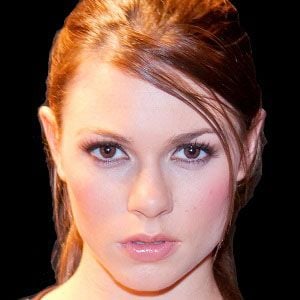 English model most famous for having served as the model for video game heroine Lara Croft in the Tomb Raider series from 2008 to 2010. She is also an accomplished gymnast and actress, appearing in films like 2009's Doghouse and 2011's Amsterdam Heavy.

She studied Musical Theatre at Urdang Academy and represented the U.K. as a gymnast. She landed Lara Croft modelling job in 2008 while working as a receptionist at a golf club.

She is a respected gymnastics teacher, having choreographed the routine for the British National Championship-winning junior team. She founded the Lightning School of Gymnastics in 2012.

She was born in Croydon, Surrey.

She replaced Karima Adebibe as the model for Lara Croft.

Alison Carroll Is A Member Of