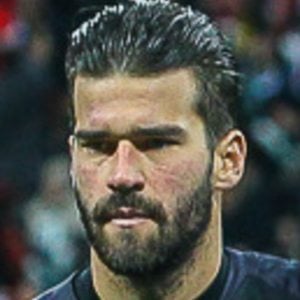 Brazilian professional goalkeeper who played for the Italian club AS Roma for three years before signing with Liverpool FC in 2018. He was also on the Brazil national team.

He started his soccer career by joining Internacional's academy at the age of 10 in 2002.

He married Natália Loewe in 2015. The couple had their first daughter, Helena, in April 2017.

He became teammates with soccer player Federico Fazio in 2016.

Alisson Becker Is A Member Of