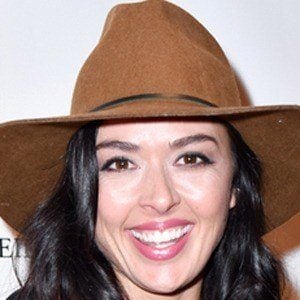 Famous for her recurring role as Holly Stewart on the Canadian drama Rookie Blue and for her appearances as Regina on the American series Bates Motel, O'Brien also acted in episodes of Ascension, Supernatural, and Smallville.

While attending Spectrum Secondary School, she performed in numerous musical theater productions. Before beginning her professional acting career, she studied kinesiology at Camosun College and pursued a career as a fitness trainer.

Her film credits include roles in Maximum Conviction, Preggoland, and Monster Trucks.

She grew up in Victoria, British Columbia, Canada in a family of Welsh, Irish, and Spanish heritage. She later entered a long term relationship with Aleks Paunovic.

In 2013 and 2014, she appeared with Missy Peregrym in twelve episodes of Rookie Blue.

Aliyah O'Brien Is A Member Of