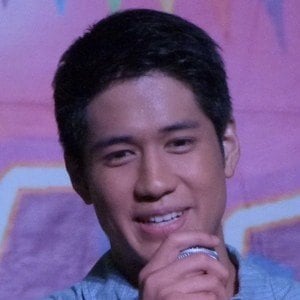 Filipino TV and movie actor who appeared on the fourth season of the hit Filipino show StarStruck.

He was born Aljur Mikael Guiang Abrenica and was raised in Angeles City, Pampanga.

He received the Ultimate Hunk title on StarStruck.

His brother Vin Abrenica was a contestant on TV5's Artista Academy. He and his ex-wife Kylie Padilla have two children together.

He co-starred with Mike Tan on the drama series Kambal Sirena.

Aljur Abrenica Is A Member Of