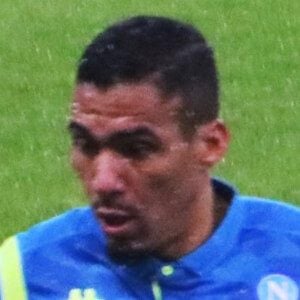 Famous simply as Allan, he is a Brazilian midfielder who has risen to fame for his club play in Italy's famed Serie A. In 2015, he signed with Napoli to become a primary option as a defensive midfielder.

He began his youth soccer career in 2007 with Brazilian side Madureira's youth academy. He would later make his professional debut in 2011 with Deportivo Maldonado.

He played as a primary defensive midfielding option for Udinese Calcio of Italy's Serie A from 2012-2015. He was a starting midfielder for Brazil's U-20 national team that won the 2011 U-20 World Cup.

Allan Marques Is A Member Of