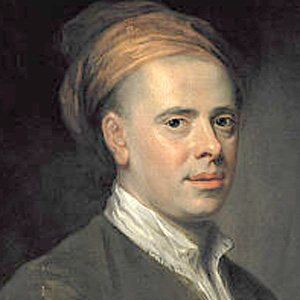 Scottish poet and author known for his pastoral writing and for his editorial revival of Scottish vernacular literature. His works include The Tea-table Miscellany, The Ever Green, and The Gentle Shepherd.

He was born to John and Alice Ramsey in Leadhills, Lanarkshire, Scotland. In 1701, he became a wig maker's apprentice in Edinburgh.

He established the first circulating library in Scotland and also worked as a bookseller.

He married Christian Ross in 1712. The couple had six children, one of whom became a portrait painter.

Allan Ramsay Is A Member Of