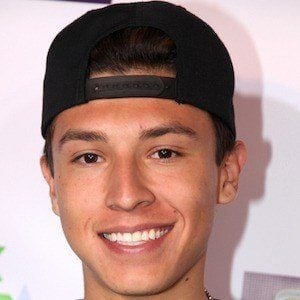 Most famous on YouNow, where he has accumulated over 100,000 followers, he also gained fame for his posts on Vine and YouTube as well as for his modeling work.

He uploaded his first YouTube video, "Ask Allen Sarinana," in September of 2014.

He grew up in the Los Angeles, California area. He and his girlfriend have a son named Eliahs Piece.

Allen Sarinana Is A Member Of