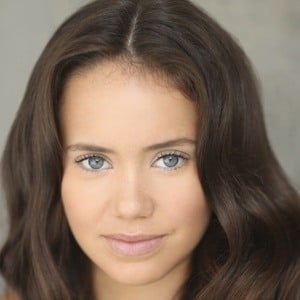 Canadian dancer and actress best known for her starring role as Mimmi in Mako: Island of Secrets. She also played Kim in the 2012 TV movie Radio Rebel.

She participated on So You Think You Can Dance Canada in 2008. Early in her acting career, she appeared in Supernatural and Smallville.

She was a dancer in the 2011 feature film Sucker Punch.

She was born in Calgary, Alberta, Canada. She married NHL player Andrew Cogliano in 2017. They welcomed a daughter named Lottie on February 17th, 2019, and a second daughter named Olive on January 8th, 2021.

She was featured in two episodes of USA Network's Psych, starring James Roday.

Allie Bertram Is A Member Of