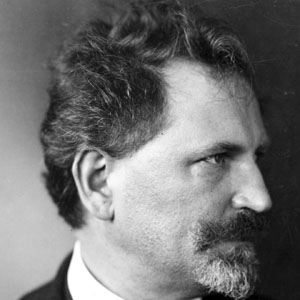 Painter and decorative artist associated with the Czech Art Nouveau movement. Considered his masterpiece to be "The Slav Epic," 20 paintings about the history of the Czech and Slavic people.

His love of drawing developed during his childhood years, but he focused more on his talent for singing during his teens.

He considered "Le Pater," his study of The Lord's Prayer, to be his printed masterpiece.

He married Maruska Chytilova in 1906; together, they had a daughter named Jaroslava.

Alphonse Mucha Is A Member Of