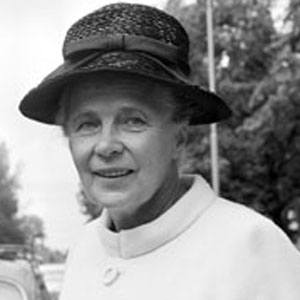 Swedish politician and sociologist who was a major proponent of the creation of the Swedish welfare state. She won the Nobel Peace Prize in 1982 for her work in the disarmament negations of the United Nations.

She was raised in Uppsala, Sweden.

Her 1934 book Crisis in the Population Question dealt with the need for social reforms to secure individual liberties for women.

Alva Myrdal Is A Member Of