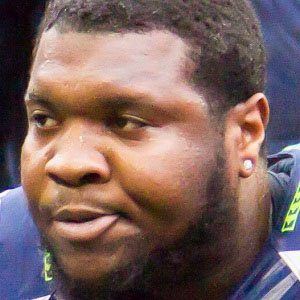 Offensive lineman who made his NFL debut in 2013 with the Seattle Seahawks, and won Super Bowl XLVIII as a rookie.

He played college football at the University of Arkansas, were he was a second-team All-SEC selection in 2011.

He went undrafted in 2013, but was an instant contributor for the Seahawks as a rookie.

He was born in Broken Arrow, Oklahoma.

As a rookie he was part of an offensive line that included Max Unger.

Alvin Bailey Is A Member Of