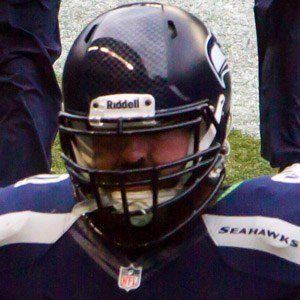 Offensive lineman who made his NFL debut in 2009 for the Seattle Seahawks. He helped the Seahawks win Super Bowl XLVIII in 2014, then in 2015, he was traded to the New Orleans Saints.

He was a first-team All-American at the University of Oregon, before being selected in the 2nd round of the 2009 NFL Draft.

In 2012 he made his first Pro Bowl as well as his first All-Pro team.

He was born and raised in Kailua-Kona, Hawaii. He married Leah Unger in 2012.

As a center, he began snapping the ball to Russell Wilson when Wilson first joined the Seahawks in 2012.

Max Unger Is A Member Of