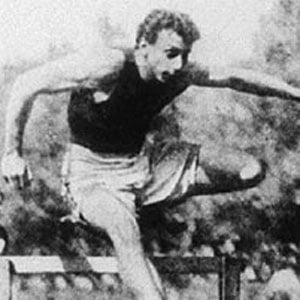 Track medalist who won four gold medals - the first Olympian ever to do so - at the 1900 Olympic games in Paris.

He attended the University of Pennsylvania studying dentistry, where he won the 220 yards hurdles event at the Amateur Athletic Union championships.

His world record in hurdling remained unbroken for nearly a quarter century, with his technique widely copied to become the standard for future competitors.

His record of four gold medals in a single Olympics was tied by American swimmer Mark Spitz in 1972, and broken, with five medals, by another swimmer, Michael Phelps, in 2008.

Alvin Kraenzlein Is A Member Of