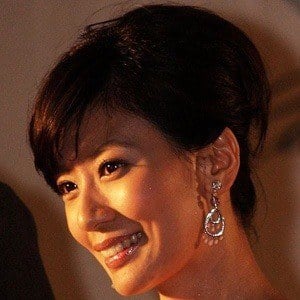 Big and small screen actress recognized for her leading roles in the dramas Da Han Tian Zi, The Heaven Sword and Dragon Saber, and Lady Wu: The First Empress.

She briefly attended Beijing Film Academy for dropping out to be with her family. She would later be scouted by an agent and would begin hosting numerous children's programs.

She was married to businessman Sun Zhihao from 2005 to 2010. Then, in 2015, she married actor Xiu Jie Kai. She has three daughters, Angeline, Bubu, and Bobo.

Alyssa Chia Is A Member Of