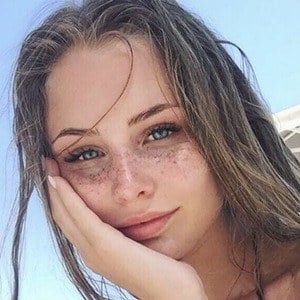 YouTuber and makeup artist who's best known for her hair and makeup content on her self-titled YouTube channel. She has racked up more than 190,000 subscribers.

She has done some modeling as seen in some of pictures on Instagram.

She resided in Kungsbacka, south of Gothenburg in Sweden. She featured her mom in a makeup makeover video. She dated NHL player Adrian Kempe briefly in 2018. She began dating Swedish rapper Dante Lindhe in 2019.

She did the makeup for Omar Rudberg for one of her YouTube videos.

Amanda Strand Is A Member Of