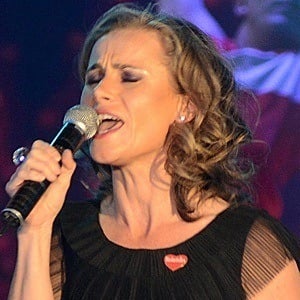 Chilean television actress who is best recognized for her portrayal of Patricia on the 2016 series 20 Añero a los 40. She is also known for her work on 2012's Separados.

She made her professional acting debut in the 1993 film Johnny One Hundred Pesos.

She performed at a benefit concert for the 2010 earthquake in Chile.

She married her husband Amaro Gómez-Pablos in 2006 and the couple has two children.

In 2001, she sang at the International Song Festival of Viña del Mar alongside David Hasselhoff.

Amaya Forch Is A Member Of