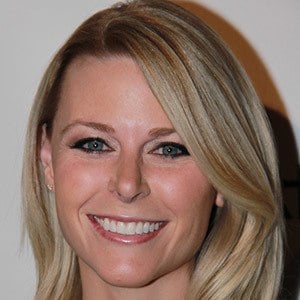 American actress who is best recognized for her recurring role on the 2013 series Dallas where she played the character Jill. She is also known for her feature film appearances including in Hot Air in 2016 and Beneath the Darkness in 2011.

She graduated from the University of Texas at Arlington where she earned her degree in Broadcast Communications and a minor in Sociology. Her acting debut came in 2006 when she played a small role in the film All the Boys Love Mandy Lane.

She is also known for her commercial and modeling work and has appeared in a television advertisement for the sporting goods store Dick's.

She was born and raised in Tarrant County, Texas. She married Granger Smith and together the couple had three children named London, Lincoln, and River.

She starred alongside Jere Burns and Matthew Gray Gubler in the 2016 feature film Hot Air.

Amber Emily Bartlett Is A Member Of