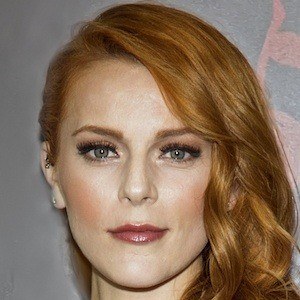 American actress most famous for her television roles, including Tori Windsor on Beauty and the Beast and Ellen on The Deuce. She is also a singer-songwriter known for songs like "Howlin'" and "Locked in Love."

She once worked as a whitewater kayaking instructor.

She is the younger sister of actor Tyler Noyes.

She co-starred with James Franco on The Deuce.

Amber Skye Noyes Is A Member Of