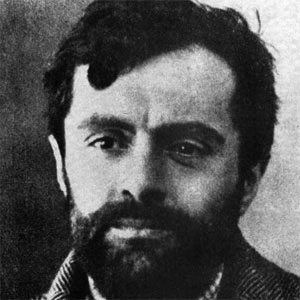 Figurative modern painter and sculptor who painted "Nude Sitting on a Divan" from 1917 and "Portrait of Pablo Picasso" from 1915.

He was inspired by Renaissance artists such as Giovanni Boldini while growing up.

He became known for the way in which he would elongate the faces and figures in his paintings.

His family was Jewish. His mother came from a long line of academic-oriented Sephardic Jews. In 1918 he had a daughter Jeanne with his wife Jeanne Hebuterne. He was featured in a book written by his daughter titled "Modigliani: Man and Myth."

He was portrayed by Andy Garcia in the film "Modiglian" from 2004.

Amedeo Modigliani Is A Member Of