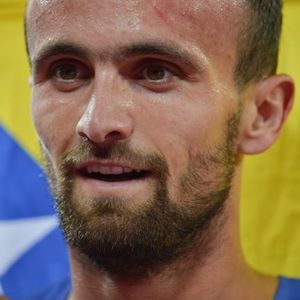 Bosnian middle-distance runner who is best known for competing in the 800 meters. He is known for earning his country's first medal in a major athletics championship with his third-place finish in the men's 800 meters at the 2013 European Championships in Tampere.

After competing in a 400 meter race, he was recruited to train full time in track and field. He competed in his first major race in 2010 at the European Team Championships 3rd League where he placed first in the 800 meter event.

He is known for holding two national records for the 400 and 800 meter disciplines. He also holds the record for the fastest 800 meter time with 1:42, 51.

He was born and raised in Kakanj, SR Bosnia and Herzegovina.

He stated that he idolized Jeremy Wariner which influenced his decision to run the 400 meter instead of the 100 meter.

Amel Tuka Is A Member Of