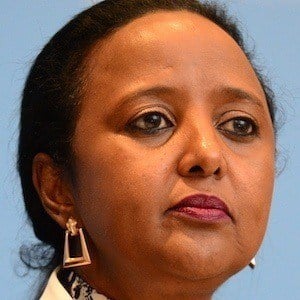 Kenyan lawyer and politician known for being the Deputy Executive Director of the UN Environment Programme as well as the Cabinet Secretary for Foreign Affairs of Kenya. She served as the first female chair of the World Trade Organization's General Council in 2005.

She attended the University of Kiev on scholarship and has degrees from the Kenya School of Law and Oxford University as well. She entered the workforce as a legal officer in 1985.

She speaks English, Russian, Somali, and Swahili. Kenya was still under British colonial rule when she was born, although the country declared independence when she was two.

She and her husband have two children of their own as well as four adopted children.

Amina Mohamed Is A Member Of