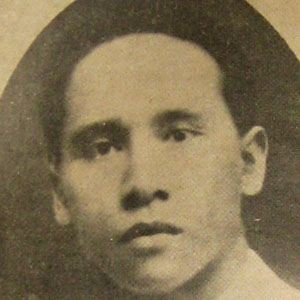 Twentieth-century Malay and Javanese-language poet who published Nyanyi Sunyi, Buah Rindu, and other volumes of verse. He was also the co-founder of a literary publication entitled Poedjangga Baroe.

He became involved in a nationalist political movement during his high school years in Surakarta. During this period, he also fell in love with Ilik Sundari, who would become his poetic muse.

He was killed in an Indonesian Communist revolution in 1946 and, three decades later, was named a National Hero of Indonesia.

He was the son of a Vice Sultan and was raised in the Muslim faith. He had an unhappy, arranged marriage with Tengku Puteri Kamiliah, the daughter of a Sultan.

He and Chairil Anwar were fellow Indonesian poets of the twentieth century.

Amir Hamzah Is A Member Of