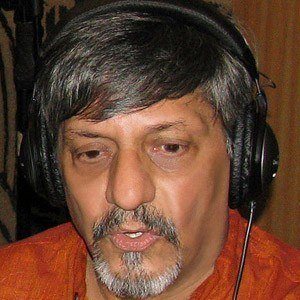 Known for his roles in such Marathi and Hindi films as Samaantar and Gol Maal, this Indian screen actor earned a 1979 Best Actor Filmfare Award. Also a director, he received national film honors for such movies as Quest and Dhyaas Parva.

Before pursuing a screen acting and directing career, he studied painting and theater performance, exhibiting his artwork throughout India and performing with several avant-garde theatrical troupes.

He became particularly popular during the 1970s for his "boy next door" roles in numerous Indian films.

His daughters, Shyamalee and Shalmalee, had careers as, respectively, an actress and a physician. He was married twice: to Chitra Palekar and Sandhya Gokhale.

He appeared in a 1982, Balu Mahendra-directed film titled Olangal.

Amol Palekar Is A Member Of