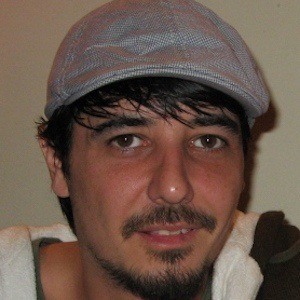 Brazilian electronic music producer known for critically-acclaimed albums like 1997's Bricolage and 2011's ISAM. His music has been featured in movies like The Italian Job as well as video games like Tom Clancy's Splinter Cell: Chaos Theory.

He grew up in a variety of countries around the world, including Morocco, Portugal and England. He began producing music using samplers in his bedroom under the moniker Cujo in the early 90's.

His album Bricolage was given a rare 10/10 score by Pitchfork Media's Ryan Schrieber.

His last name comes from his stepfather, who was Irish.

He was featured on Bebel Gilberto's 2000 album Tanto Tempo.

Amon Tobin Is A Member Of