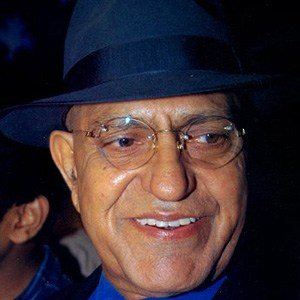 Influential Indian film and theater actor who broke through to American audiences as the sinister Mola Ram in the 1984 film Indiana Jones and the Temple of Doom.

He worked at an insurance company before earning small roles in theater productions.

He played a role in the 1982 Academy Award-winning film Gandhi.

He had two children, Rajiv and Namrata, with Urmila Diveker, whom he was married to from 1957 until his death.

He shared the screen with Ben Kingsley in the 1982 classic film Gandhi.