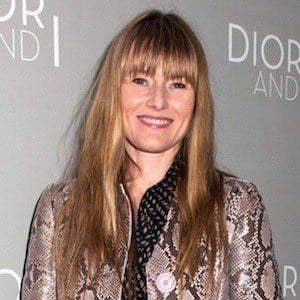 Journalist who is famous for her time as editor-in-chief of the popular Architectural Digest magazine. She rose to worldwide prominence for being the founding editor-in-chief of Teen Vogue in 2003, where she served as the voice of the publication until May 2016.

She earned her B.A. in English from Michigan State University. She served as editor-in-chief for Teen Vogue's four test issues run between 2000-2002.

She led Teen Vogue to being named Adweek Magazine's start-up of the year in 2004. Her quest to re-brand Architectural Digest for the digital age was profiled by the New York Times in March 2017.

She and her husband Christopher married in 2002. She shares two children with him.

Her professional journalistic mentor has been Anna Wintour, who hired her to begin the Teen Vogue spin-off of Vogue in 2002.

Amy Astley Is A Member Of