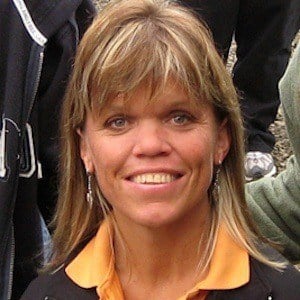 Matriarch of the Roloff family who starred on the TLC reality program Little People, Big World from 2006 to 2015.

She was born with a type of dwarfism called achlasia. She graduated from Central Michigan University.

She founded the Amy Roloff Charity Foundation and gives back to the Dwarf Athletic Association of America.

She has four children named Jeremy, Molly, Zach and Jacob Roloff who also starred on the show.

Amy Roloff Is A Member Of