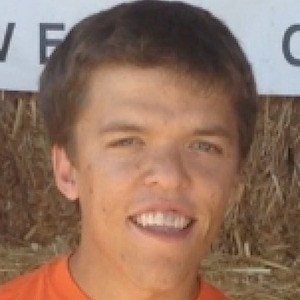 He had several medical complications as a child, but was able to overcome them. He played soccer competitively, even playing for his high school team.

He played in a basketball game as part of WWE Tough Enough.

He married Tori Patton in July of 2015, and they had a son named Jackson in May of 2017. In 2019, their daughter Lilah was born. His fraternal twin is Jeremy Roloff, and his other siblings are Molly and Jacob.

He has achlasia like his mother, Amy Roloff. His father is Matthew Roloff.

Zach Roloff Is A Member Of