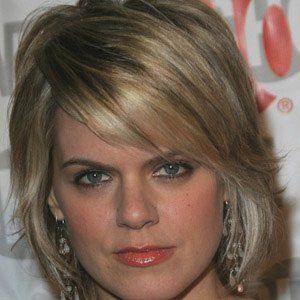 Actress who played Kitty on the HBO series Bored to Death alongside Jason Schwartzman.

She played Sherrie in the Broadway musical Rock of Ages before it was made into a film.

She was previously married to actor Michael C. Hall of Dexter.

She was in a Broadway play based off the film Elf, starring Will Ferrell.

Amy Spanger Is A Member Of