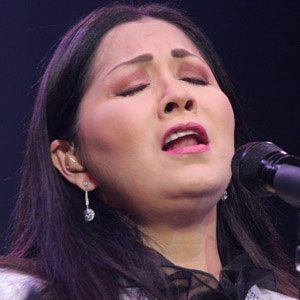 Latin pop singer who has released over twenty albums since 1985 and who sang hits like "Ay Amor" and "Es Demasiado Tarde."

She made her first stage performance at the age of six. Her first album, Tierra de Nadie, was released in 1988.

In 2002, she won the prestigious Billboard Latin Music Estrella Award, which honored her influential role in Latin music.

She raised a daughter named Diana Alejandra Araujo from a previous relationship.

She was the featured vocalist on Marc Anthony's song "Amandote."

Ana Gabriel Is A Member Of