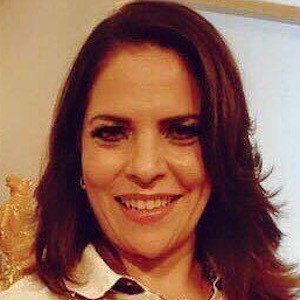 Mexican journalist and television host known for her work as an entertainment reporter. She is perhaps best recognized for hosting the television shows Cada Mañana and Venga la Alegría.

Her self-titled YouTube channel includes a variety of behind-the-scenes videos from her interviews and television shows.

She has interviewed and met a variety of celebrities from her talk show work, including television actors like Iván Sánchez and Marjorie De Sousa.

Ana María Alvarado Is A Member Of