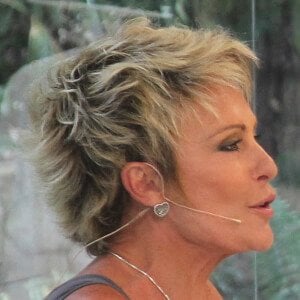 Accomplished Brazilian television presenter known for Mais Você and Note e Anote. She also competed on Domingão do Faustão and has appeared as a guest on numerous television shows and events, including Rock in Rio.

She first got a degree in biology. It was during this study that she began presenting for shows and concerts to pay her tuition. Shen then began to pursue a degree in journalism.

As a member of TV Globo, her website features beauty tips, recipes, and a variety of household advice. With more than twenty years of presentation under her belt, she's earned her Instagram follow of more than 1 million fans.

She appeared alongside Alexandre Nero in the 2013 comedy Crô: O Filme.

Ana Maria Braga Is A Member Of