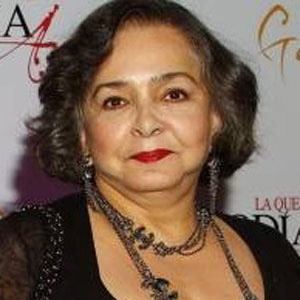 1963 Miss Mexico who became known for her various appearances in telenovelas.

She had her first leading role as Laura in the telenovela Muchacha de barrio.

She was born to comedian Jesús 'Palillo' Martínez and Hilda Solórzano.

She appeared alongside Susana González in the telenovela Por siempre mi amor.

Ana Martín Is A Member Of