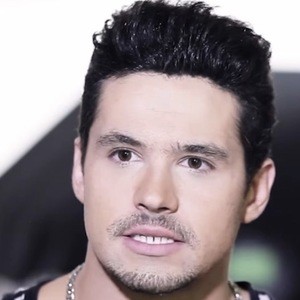 Telenovela star who became known for his role as Roy Pavia on Amores Verdaderos. He also performed with a Mexican band called Eme 15.

He made his acting debut at age seven in the 1993 film Se Equivocó la Cigüeña.

He had his first recurring soap opera role on Así son Ellas in 2002.

His brother and sister, Zoraida Gómez and Jairo Gómez, both had careers as actors. He dated model and former pageant queen Vanessa López in 2016. He then dated model Tefi Valenzuela until 2020.

In 2009, he began a highly publicized relationship with actress Danna Paola after the two met on the set of Atrévete a Soñar.