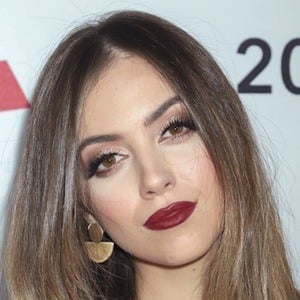 One of her earliest roles was as Pepi in the 2009 TV mini-series Marisol.

In 2016, she impersonated Ariana Grande in the televised talent show Tu Cara Me Suena. She played the role of Vero Navarro on the show Supercharly and she played Norma Joven in Pedro Almodóvar's 2011 film The Skin I Live In.

She had been in a relationship with dancer Iván Villa.

Ana Mena Is A Member Of