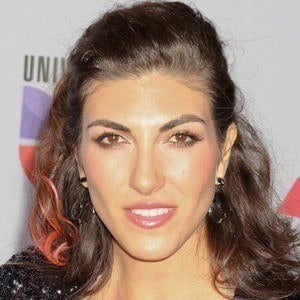 Singer-songwriter who specializes in electro pop and rock music. She has released full-length studio albums such as Ready, AV, and Color Amor.

When she was 13 years old, she sang as a background singer for her parents who are also musicians.

She was nominated for a Latin Grammy Award in 2012 for Best New Artist.

She has a sister named Maria and both of her parents, Amanda Miguel and Diego Verdaguer, are Latin American singers. She released her first album, Ready, on her parents' record label.

Ana Victoria Is A Member Of