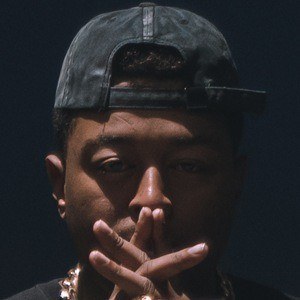 Anathi Mnyango, or as he is more widely known, Anatii, is a hip hop producer and musician who rocketed to fame in 2016 following the release of his debut album Artiifact. The album features collaborations with stars like Tiwa Savage, Omarion, and Faarrow.

He got his start professionally in 2008 earning production credits with artists like Morale and L-Tido.

In 2014, he released the single "Bananaz" featuring DJ Khaled.

He was born in Bisho, Eastern Cape, South Africa.

He and rapper Cassper Nyovest worked with Nasty C on the single "Jump."

Anatii Is A Member Of