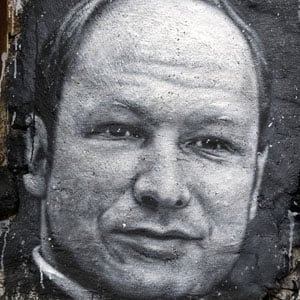 Norwegian man who massacred 77 people and injured hundreds more in a 2011 attack in Oslo, Norway.

Though appearing ordinary and friendly to close friends, he voiced increasingly strident warnings online about the Islamization of Europe.

Though two psychological tests performed after his arrest reached different conclusions about his sanity, the court concluded he could stand trial and sentenced him to 21 years in jail, with the possibility for the term to be extended.

His father Jen Breivik, an economist at the Norwegian embassy in London, and his mother, a nurse, separated when he was young.

Some years before him, Seung Hui Cho, another deranged gunman, massacred 32 people at Virginia Tech University.

Anders Behring Breivik Is A Member Of