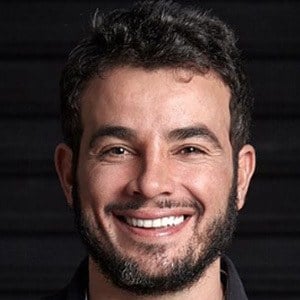 Brazilian actor who is best known for playing Juvenal on the TV series The Other Side of Paradise. He has also acted in projects like Eu Te Levo and Trail of Lies.

He appeared as himself as a contestant on the TV show Domingão do Faustão. He has acted in 162 episodes of the TV program The Good Side of Life!.

His parents are Josmar Rizzi and Ione de Souza Rizzi.

He acted alongside Bianca Bin in the television series The Other Side of Paradise.

Anderson Di Rizzi Is A Member Of