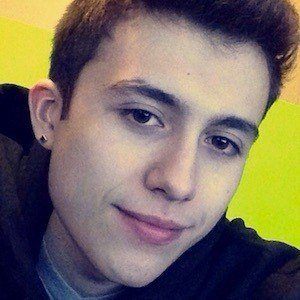 Call of Duty gamer who joined the gaming group Goon Squad, an affiliate of the professional gaming squad Team Kaliber. His personal YouTube channel has earned over 130,000 subscribers.

He has has significant followings across other forms of social media, including more than 20,000 on Instagram and 70,000 on Twitter.

His first name is Joey. He moved to the TK House in January of 2016.

He joined WhosChaos as an official member of the Goon Squad.

AndImGone Is A Member Of