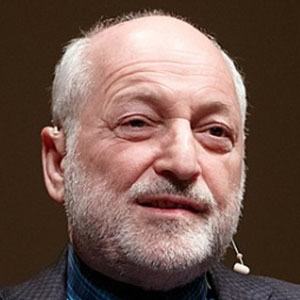 Italian-American novelist who is best known for his popular and critically acclaimed novel, "Call Me By Your Name." He has various other world-famous novels including his highly-praised book, "Find Me."

He was a student at Harvard University.

He has taught literature theory at various universities in America. He has over 20,000 followers to his well known Instagram account. He has called the peach his favorite fruit.

He was born and raised in Alexandria, Egypt.

His novel "Call Me By Your Name" was turned into an Oscar-nominated film starring movie stars Armie Hammer and Timothée Chalamet.

Andre Aciman Is A Member Of