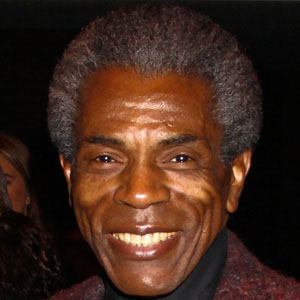 Performer, director, and choreographer who played the title role in the original Broadway production of The Wiz. He was nominated for a Tony Award for his performance in The Full Monty.

He graduated from the University of Wisconsin-Madison and New York University.

He made his Broadway debut in a short-lived 1973 production entitled Warp!

He was nominated for a 1997 Drama Desk Award for his performance in Duke Ellington's Play On! musical revue.

Andre De Shields Is A Member Of