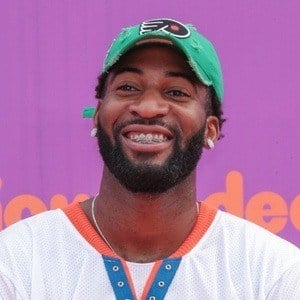 NBA center who was selected ninth overall by the Detroit Pistons in the 2012 NBA Draft and quickly became one of the league's top rebounders and shot-blockers. In 2016, he was named to his first NBA All-Star game.

He was ranked the number-one high school prospect in 2011 by ESPN after starring at St. Thomas More High School in Connecticut.

He played one season at the University of Connecticut before entering the NBA Draft in 2012.

His mother's name is Christine and he has a sister named Ariana. In 2014, he dated Nickelodeon star Jennette McCurdy.

He briefly played alongside point guard Jose Calderon on the Detroit Pistons from 2012 to 2013.

Andre Drummond Is A Member Of