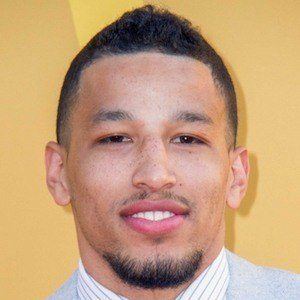 Basketball player who was named the Pacific-12 Defensive Player of the Year while playing college basketball for the University of Colorado Buffaloes. He made his NBA debut as a member of the Oklahoma City Thunder in 2013.

He attended attended Karen Wagner High School in Texas, where he averaged 15 points during his senior year.

He finished third in the country in rebounding in 2011-12 and second in 2012-13 while at the University of Colorado.

His parents are Lisa and John Roberson and he has several siblings. He has been dating talk show host Rachel DeMita since 2018.

He played under head coach Tad Boyle at the University of Colorado.

Andre Roberson Is A Member Of